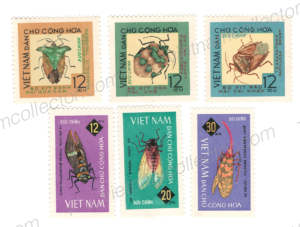 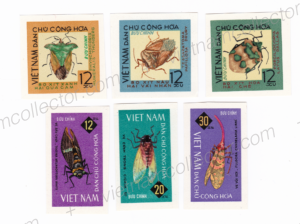 Here is a letter with the entire set sent to Klewitz in August of 1965. The overall franking amounted to 1.60 Dong which was well in excess of the required postage of 50 xu for a standard letter to Western Europe. 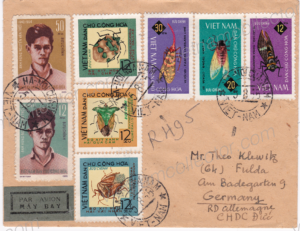 Very rare express mail letter sent to Klewitz featuring the entire im-perforated set. On the reverse there are two im-perforated values of the wild animal set from the same year. Im-perforated stamps on postally used cover are very rare. The overall postage amounted to 2.18 Dong which is on account of the registration and express mail fee. 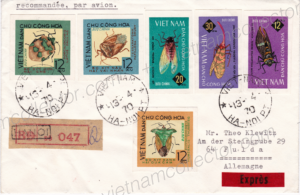 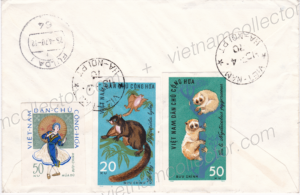 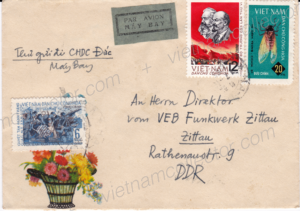 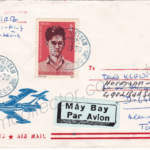 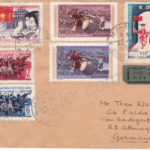