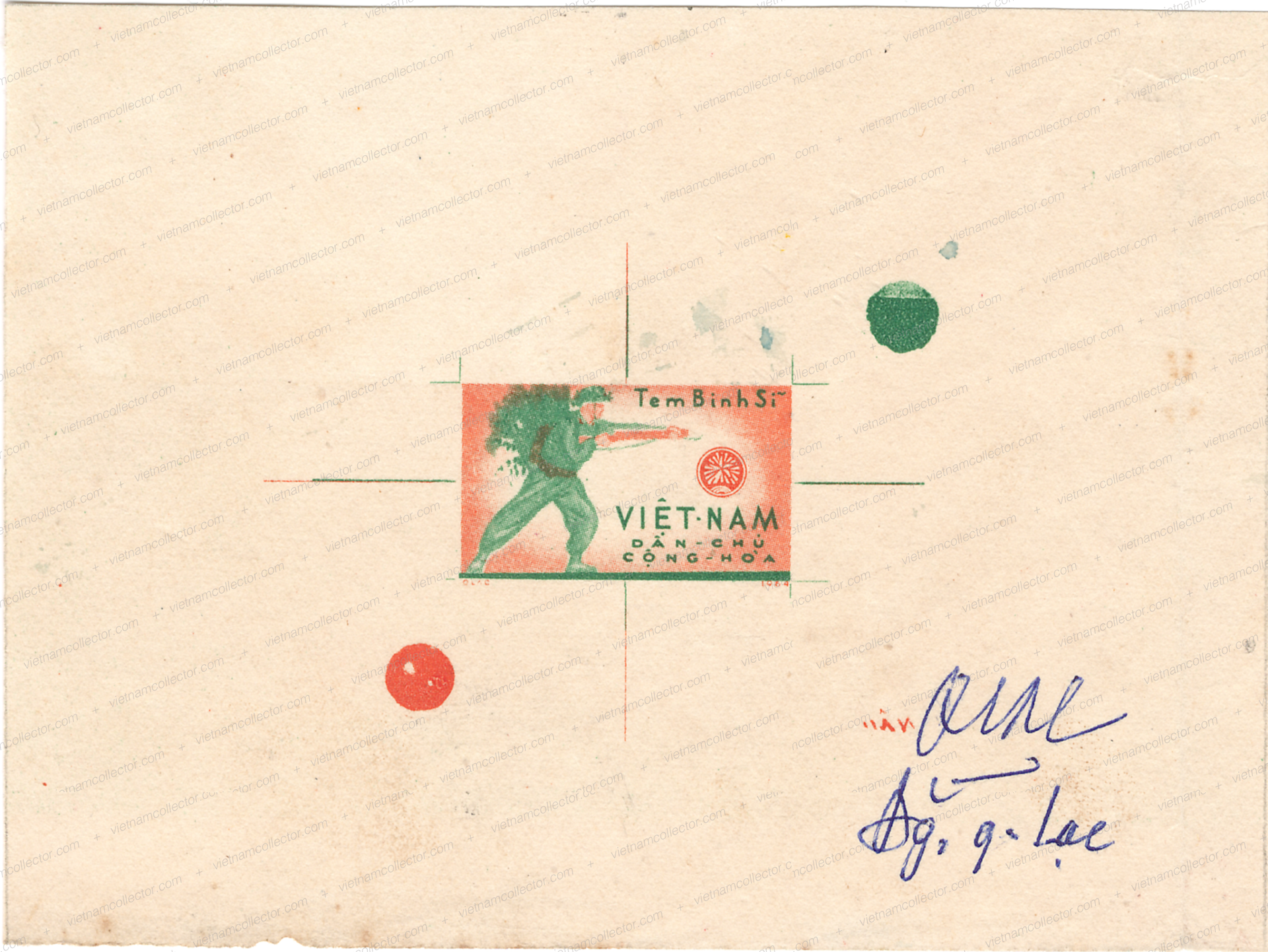 North Vietnam, For the Armed Forces, June 20th, 1964, Michel Nr. M8; A single stamp with no nominal was produced by the Tien Bo Printing house in sheets of 100 and in perforation 11.0. The issue date is the one documented by the official Vietnamese Postage Stamp Catalogue and so is likely correct. Michel indicates September 20th, 1964 as the issue date but based on the postally used letter below (September 5th, 1964) that cannot be true.

Rare local letter sent by a member of the military (note the Hom Thu number in the sender line) sent to Hanoi on September 5th, 1964. Tu Liem transit cancel on the reverse.

Rare local letter sent from Yen-Viet to Dong And in March f 1965. 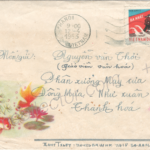 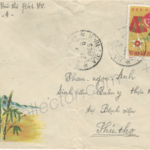