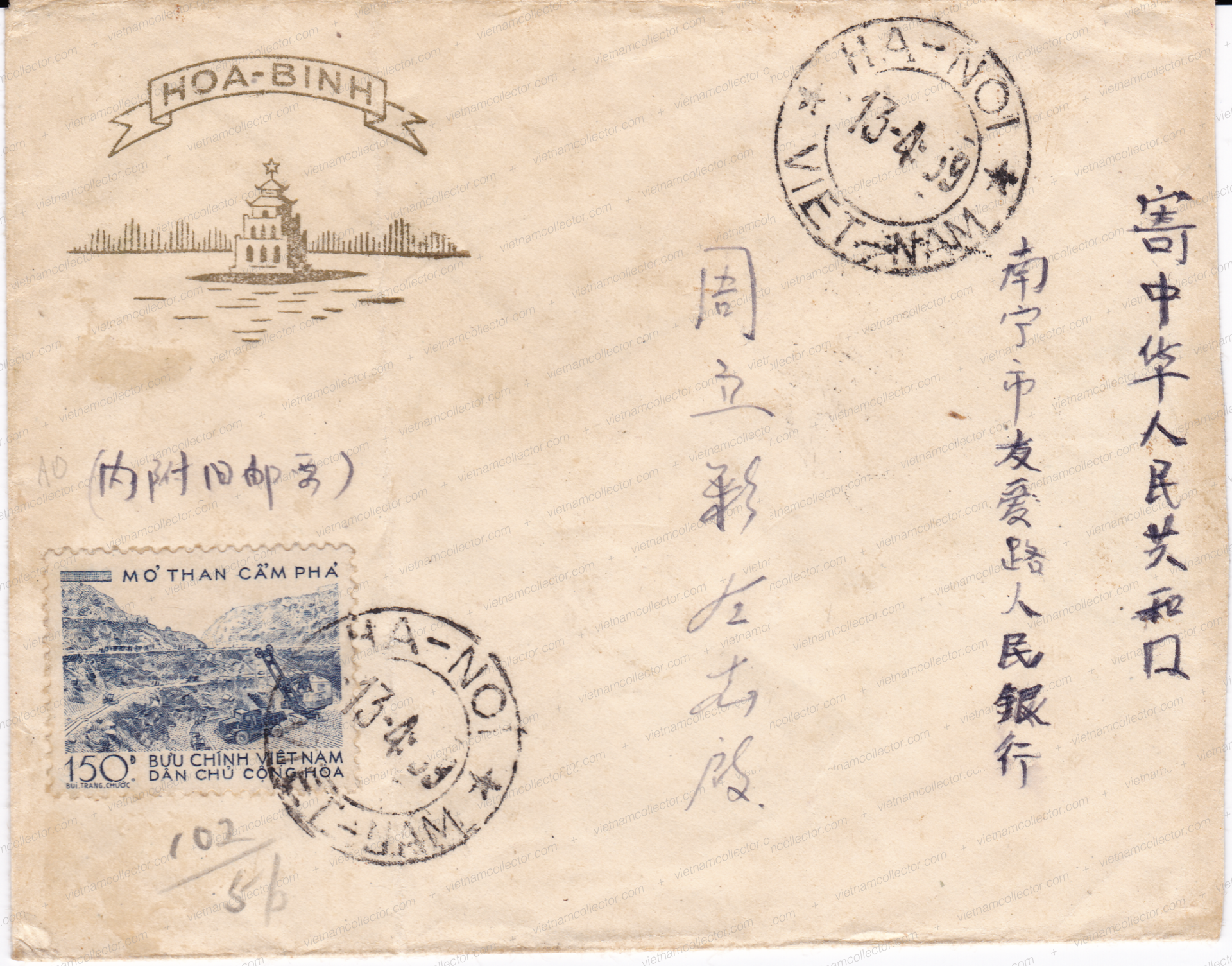 Coal was very important to the Vietnamese economy so a stamp to commemorate the Cam Pha Coal Mine was issued in a 150D nominal and perforation 11.5. Here is the official stamp bulletin issued by the Vietnamese stamp agency that announces the publication of this stamp.

Here is a canceled to order stamp

Very rare multiple franking of the 150D stamp used on a surface letter from Hai-Phong to Rague, Czechoslovakia in March of 1959 paying the 300D surface letter rate in force at the time.

Interesting mixed currency franking featuring one of the Cam Phase stamps in 150 Old Dong, the 12 Year Republic 20Old Dong and two of the Tru’ng Sister stamps in 13 new xu. The old Dong was devalued by 1,000:1 so the two old stamps were only worth 17xu. So, there overall franking amounted 30xu which represented the surface letter rate to China.

Registered air mail letter sent in June of 1985 as a mixed currency franking from Ho Chi Minh City to Klewitz. The letter carries pairs of the New Year set plus stamps from the World Food Day, Friendship, Lenin, Peace Meeting and Provisional Overprint sets. There are also two stamps issued in 1959 that were devalued by 1,000:1 on March 1st, 1959 and hence were only worth 30xu at the time of mailing. Hence the overall postage of the letter amounted to 391.3D (including the red free frank for 330D). Fragment of the green Fulda custom cachet on front. 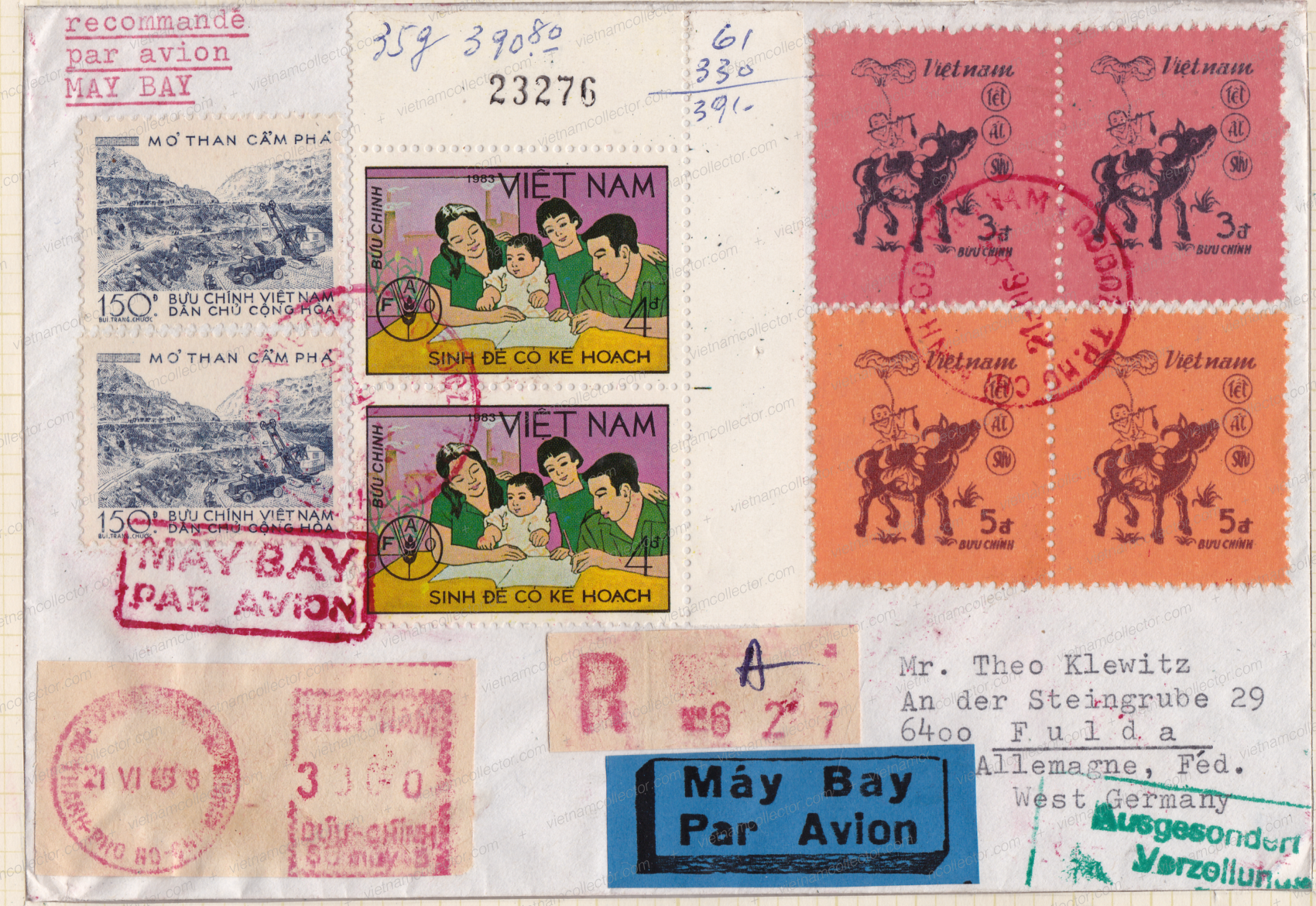 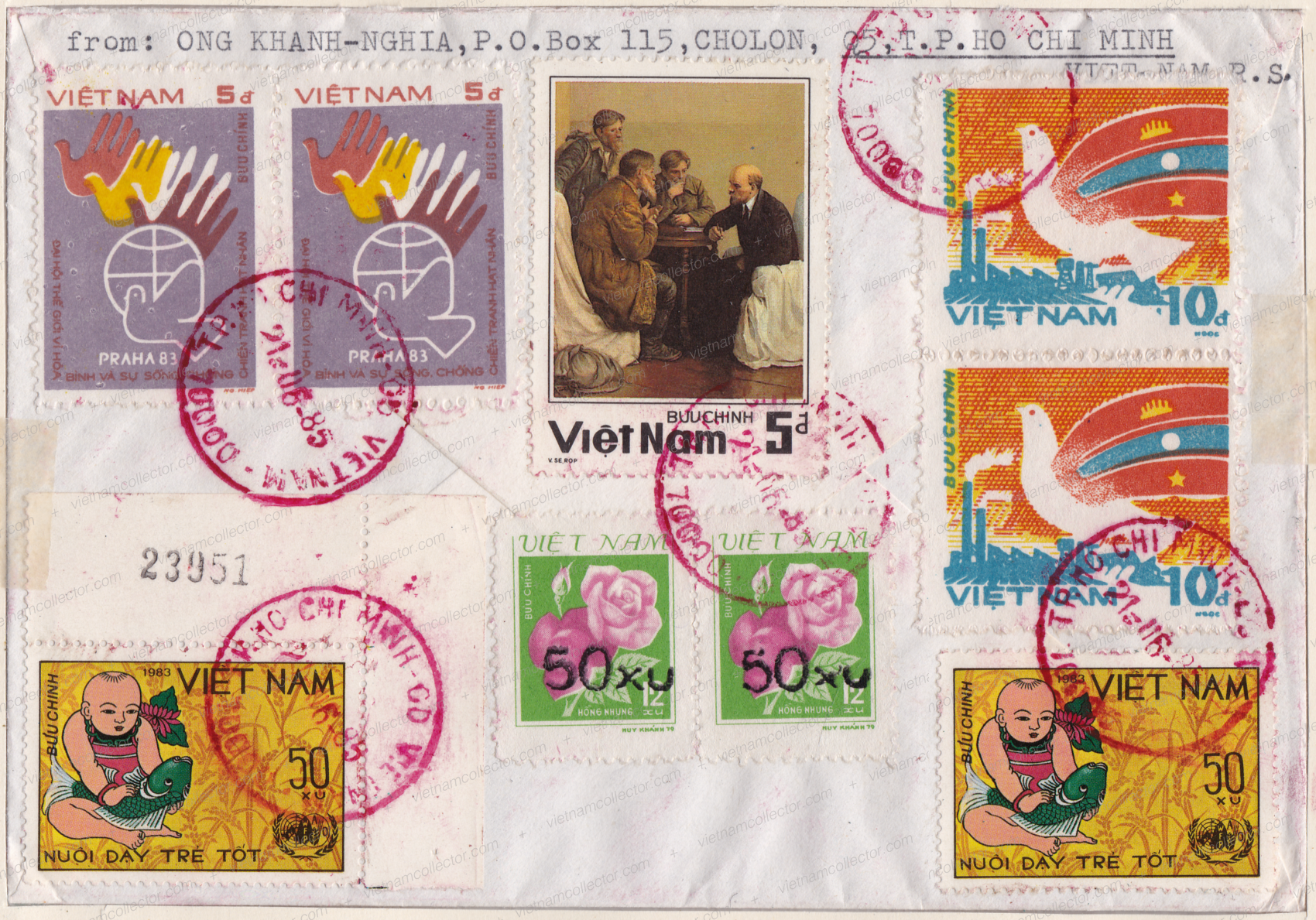 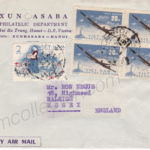 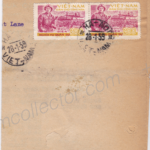