North Vietnam, 45. Anniversary of the October Revolution, Michel Nr. I; The October Revolution in Russia occurred between October 25th and 7th of November, 1917 by a forced coup de etat of the Communist Bolschewiki (Wikipedia). North Vietnam had the idea of issuing a single stamp in a 12 xu nominal. Designs were solicited by well known stamp designers, phase prints were produced for the various print runs and in the end at least one complete im-perforated sheet (25) of the stamp was produced. However, the stamp was never issued. The reason for that is unknown. It is only known im-perforated. As a result this stamp is one of the rarest stamps of all of Vietnam.

Here is a mint original stamp printed on white paper 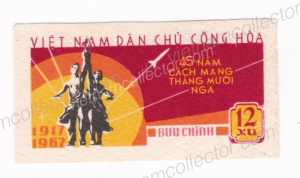 There are only two larger units known of this iconic stamp. Below is a mint block of four (ex Lucian Lu) from the right sheet margin that represents the largest known unit to exist. Red Lucian Lu expertising hand stamp on the reverse. 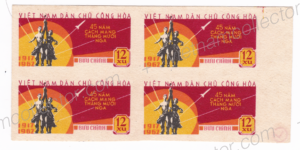 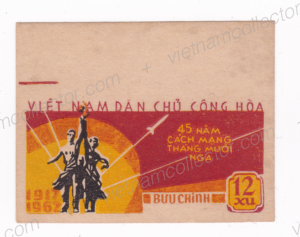 There are numerous differences between original and forgery apart from the printing method. For example the letters and accents in the top line are finer in the originals than in the forgeries:

The sculpture that is depicted on the stamp is again much more subtle and much better defined on the original stamp as compared to the forgery. 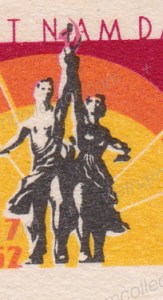 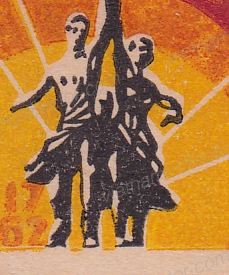 Below is a work page from the stamp’s designer that shows every phase of the seven stage printing process along with some manual printing notes. The page itself is the back of a repurposed Government service award. This is a unique item that is exceedingly rare. 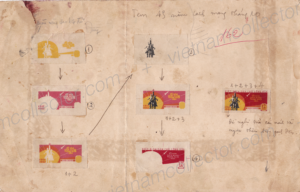 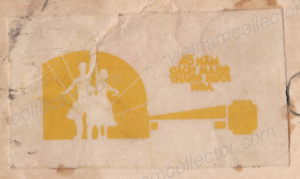 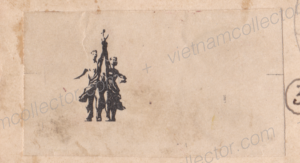 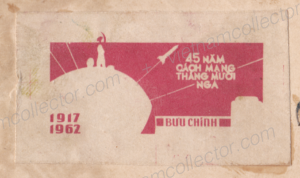 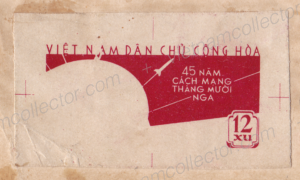 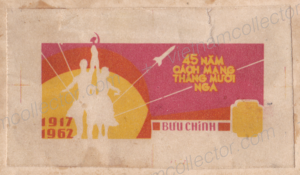 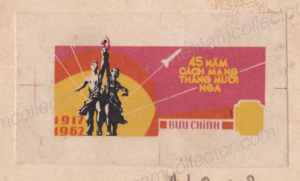 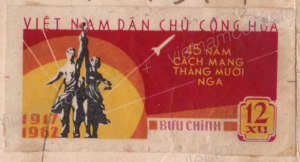 Given that the stamp was never issued there are no genuine used samples or any postal history. 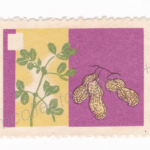 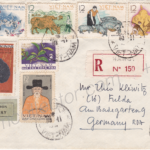