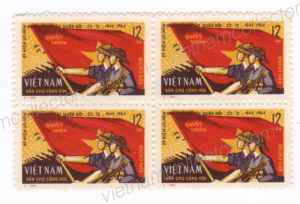 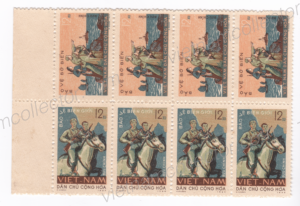 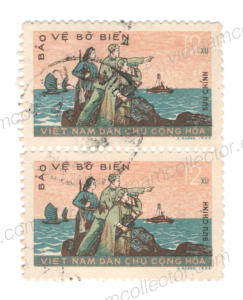 First Day Cover mailed to Klewitz featuring the special cachet produced for the occasion. The letter is franked with only 6 xu which would have been too little for a standard letter to West Germany. However, the sender duped the postal clerk into thinking the letter was routed to East Germany (CHDC Duc = Was Germany) where the required rate was only 12 xu. So, the letter got transported without any postage due markings. 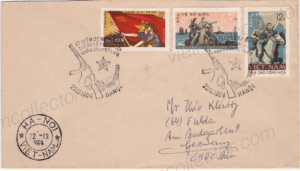 Another letter mailed to Klewitz in March of 1965. Curiously enough it also carries the special cachet that was produced for the firs day of use of these stamps which was month earlier. The letter is franked at 4.48 Dong which is well above the required rate of 1.10 Dong for a standard registered letter to West Germany. 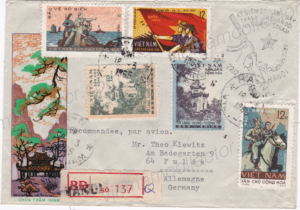 Very rare local letter from Quan-Trieu to Hanoi bearing the correct postage of 12 xu using one of the National Army stamps. Not many local letters survived the multi-decadal war, the humid climate that destroyed paper in a matter of years and the constant recycling of paper to save on raw materials. 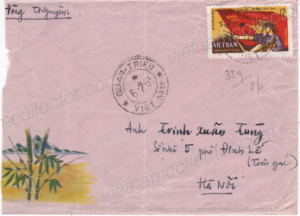 Another, very rare, local letter (full contents preserved) set from Luong-Son to Yen Hung using one of the 12xu stamps in a single franking in 1964. 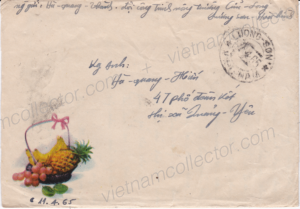 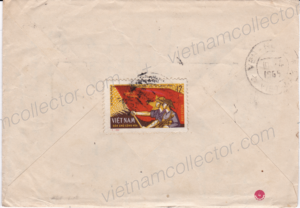 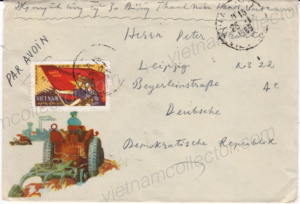 Rare single franking of another 12xu stamp from the same correspondence to Leipzig, East Germany. 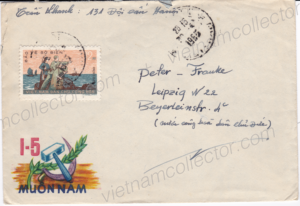 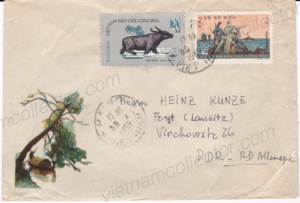 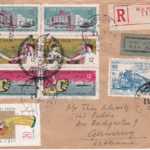 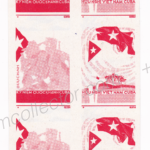