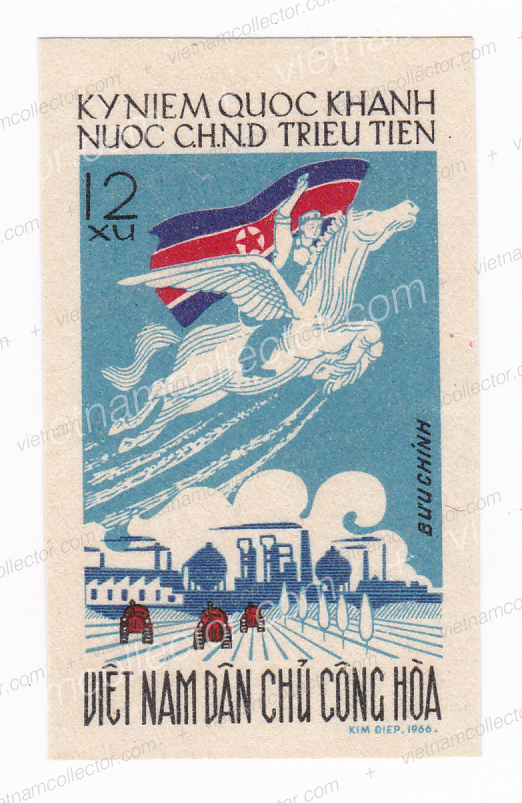 North Vietnam, 20 Years Democratic Republic of Korea, August, 1966, Michel Nr. II; A stamp in a 12 xu nominal was prepared for issuance in 1966 but was not released because the country name on the stamp lacked the word “Democratic”. The stamp only exists imperforate and is one of the scarcest stamps of North Vietnam. The editor has not see an individual genuine stamp offered in the philatelic market for the past 25 years. The editor’s copy was acquired with the Klewitz collection. So, this stamp is likely even more scarce than the unissued October Revolution stamp (Michel Nr. I). Due to it’s scarcity most collectors have never even seen a genuine copy of this stamp which explains why forgers have an easy job to dupe them.

Here is a mint copy of the genuine stamp: 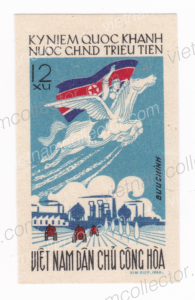 Here is a detailed scan of the rider in the center of the stamp. It offers the clearest evidence if a stamp is genuine or not. Here is the genuine detail view: 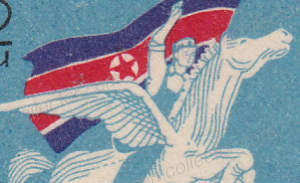 All of the stamps offered by auction houses, E-Bay or Delcampe so far have been forgeries. This means that even the auction houses have no clue as to how genuine stamps actually look like. Here is a common forgery that was printed on tanned paper. Note, that all of the writing is less clear, especially the name of the stamp designer at the bottom right of the stamp, which is barely legible on the forgery. 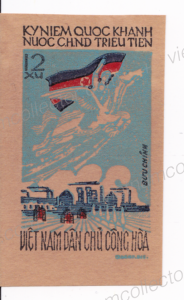 The forgery becomes immediately clear if one looks at the rider on the stamp.  The rider itself and the mane of the horse is barely visible in the forgery below: 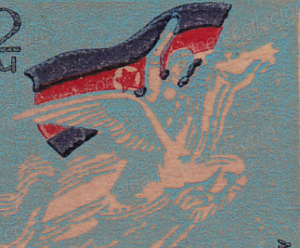 However forgers have not stopped with the reproduction itself. So, there is also a photocopy of the forgery on white paper that is often offered in the market place. Here the details are even more lacking and the light blue background color appears to be very blotchy. 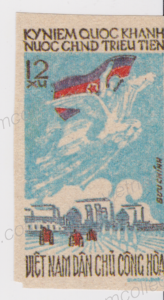 Again, a quick look at the rider and the horse makes things clear very fast: 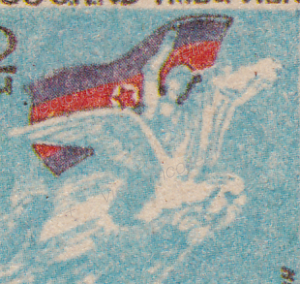 Michel values a mint copy currently at €1,000, however the editor knows a number of people that would be very happy to acquire this stamp at €2,500 or more. It will be interesting to watch the auction result if a genuine copy would actually come to market.

Exceedingly rare one of of a kind alternative stamp designs that were submitted by the stamp designer to the postal authorities. The top one was the one that was finally executed. The were done in water color and measure about 3.5x6cm and are pasted on white cardboard. 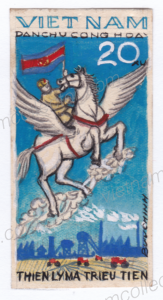 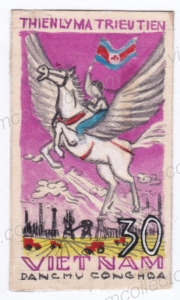 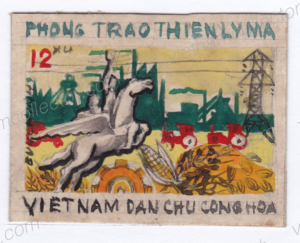 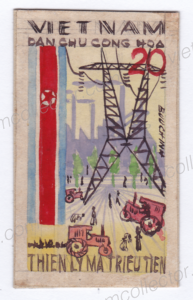 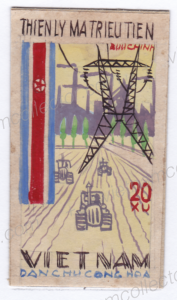 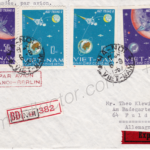 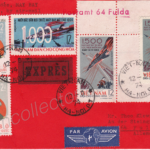 Shoot-Down of the 1,500th U.S.Aircraft over North Vietnam