North Vietnam, 15 Years of World Union Association, October 3rd, 1960, Michel Nr. 144; A single stamp with a nominal of 12 xu (standard domestic letter rate) was issued to commemorate the event. The stamp was perforated 11:0.

Here is mint a block of four: 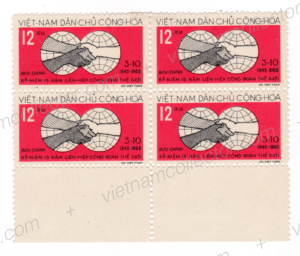 It is quite typical for the issue to show a mirror image color adherence to the back of stamps. This was the result of stacking sheets on which the paint was still wet from printing. This so called “color kiss” does not warrant any price increases. 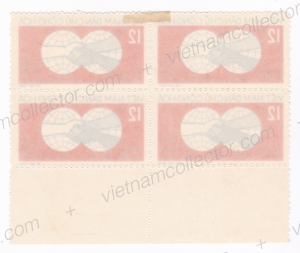 According to the Vietnamese Postage Stamp Catalogue this stamp was not intentionally produced im-perforated, however a few im-perforated samples, printed on slightly tanned paper, have come to the market that probably represent trial printings. Rare. 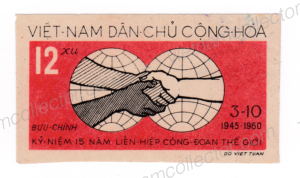 Rare single franking of the stamp on a letter from Hanoi to Czechoslovakia mailed in January of 1961. The standard letter tariff to fellow socialist countries fell to 12 xu as of March 1st, 1960. 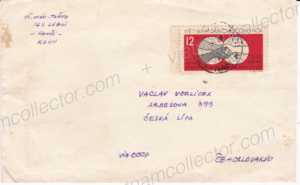 Another single franking, this time to the Soviet Union from November of 1960 bearing a single 12xu stamp. Moscow Airprt cachet and Moscow arrival cancel on the reverse. 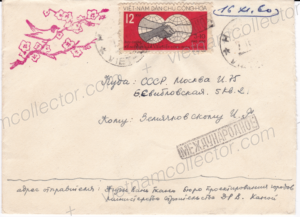 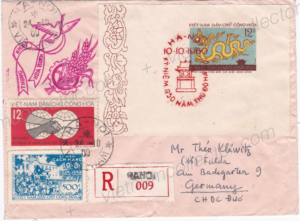 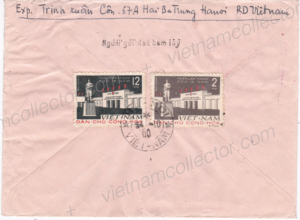 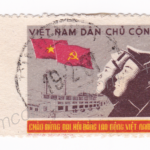 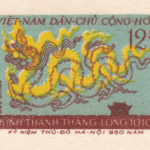