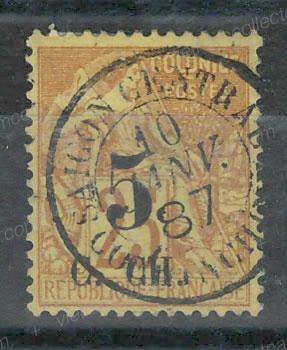 Here are three m.h. stamps from the overprinted set 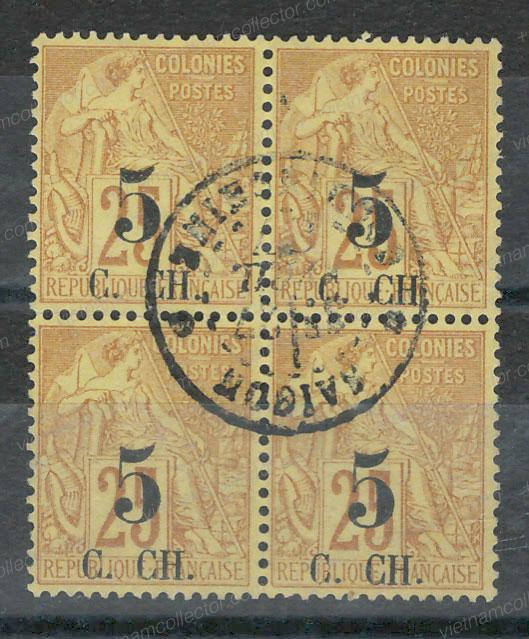 Beware overprint forgeries do exist Here is a forgery trying to simulate an error (missing C.CH.). The “5” was added on top of an already cancelled stamp which makes it clear it was overprinted after it had been used. Also note the different shape of the “5”. 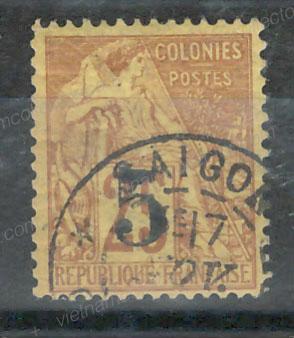 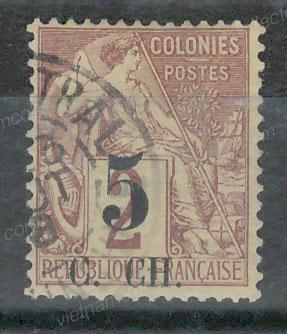 Again, overprint forgeries do exist. Here the overprint was added after the stamp had already been used. Note the different shape of the “5” and “C.CH.”. 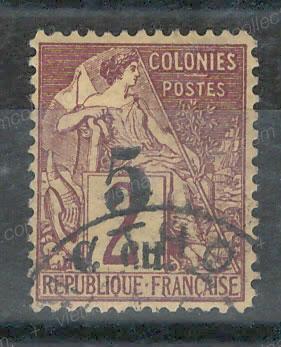 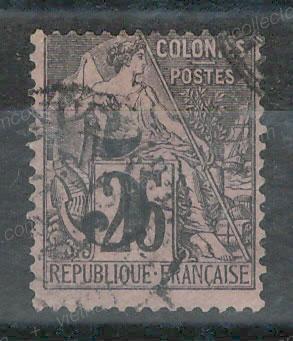 Another stamp 15/15C on 30C brown was, according to Michel, prepared in expectation of a shortage of the 15C value but not issued as the re-supply of stamps did in fact arrive on time. Below are two m.h. stamps in two different color shades. 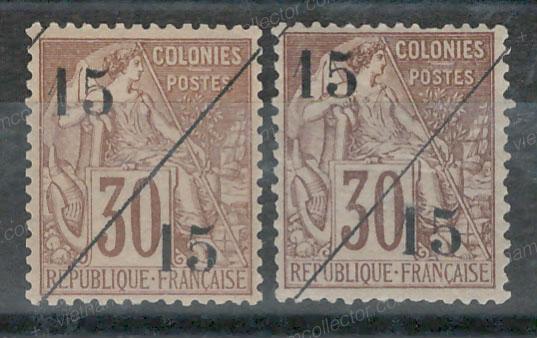 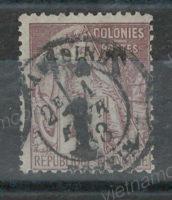 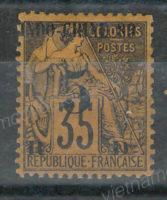 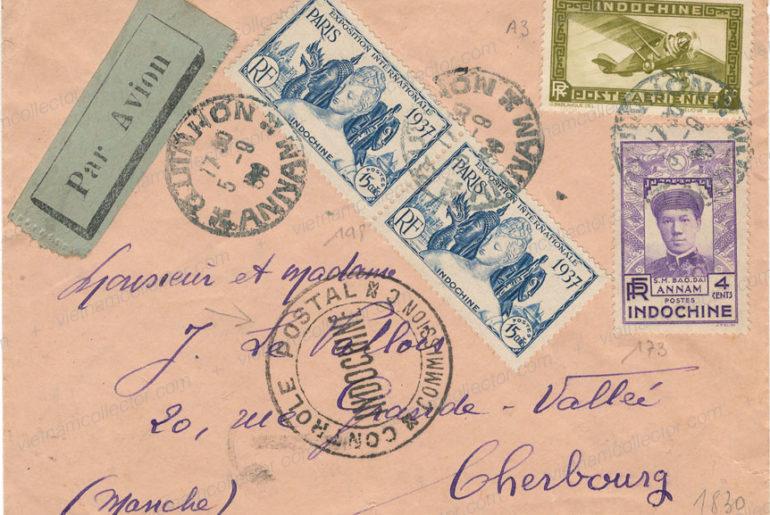 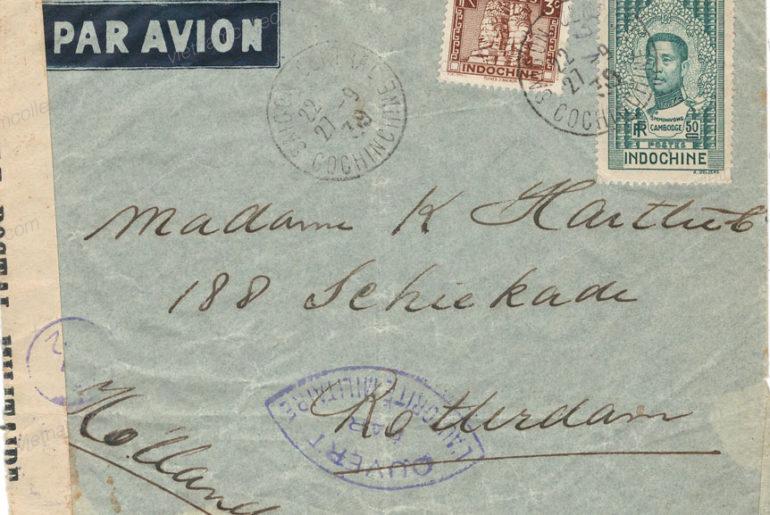 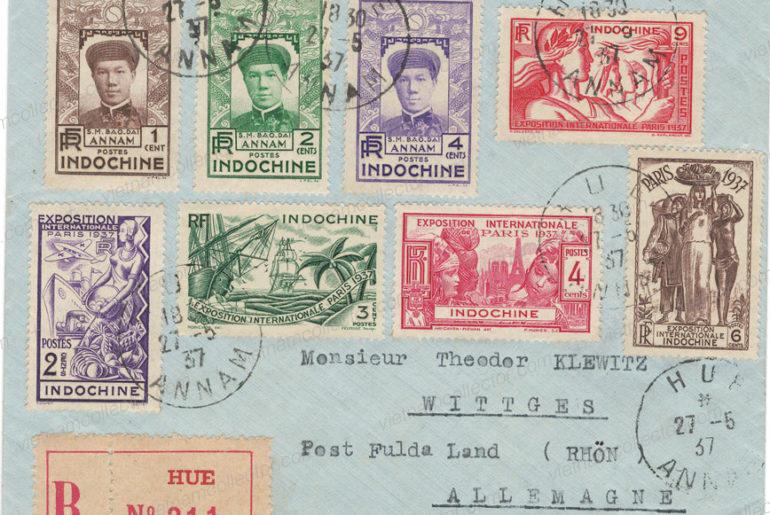